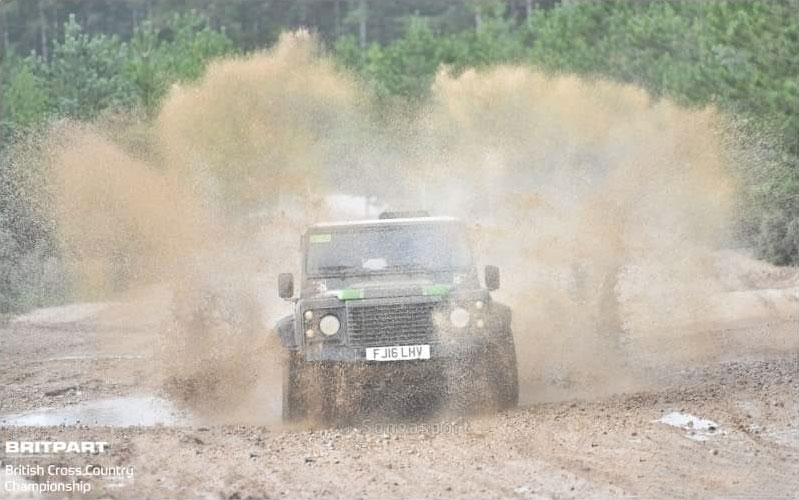 Earlier this month the Bowler Works Team made the mammoth journey from Derbyshire to Dorset to compete in the fourth round of the BXCC at Bovington; a venue with a reputation for causing drama.

Unsurprisingly, the “car breaker” course presented our team with a rough and muddy terrain, causing our Defender Challenge Car to burst two rear dampers. The car was piloted by journalist Richard Lane (Autocar) who we invited to try out our Arrive and Drive Services for the weekend. More minor issues encountered by Lane included the washer jets requiring cleaning after every lap and hitting a post after jumping out of a rut during the last lap on Saturday. The damage was mostly superficial and the team were able to pull the bodywork back into shape for the competition to commence on Sunday morning. This was Lane’s first time competing in the championship, so we’re thrilled to announce he came home with a First in Class Trophy. We look forward to reading about Lane’s version of events in Autocar later this year.

The second car of the Bowler team was our V8 Bulldog, with driving duties shared between Richard Hayward and Greg MacLeod. There was an issue with the steering on the first day but this was quickly resolved by Bowler’s mechanics. Also, the gearbox reached higher than average temperatures, however the car is equipped with a desert spec cooler so this wasn’t an issue. The Bulldog seemed to take these issues in its stride, as the lap times steadily improved and the car finished in the top ten.

As always, we’d like to take this opportunity to thank our mechanics for their tireless work during these events, and all the team at That’s Motorsport for putting on another great weekend. We’ll see you all in Whaddon for Round Five.